What Is Streaming Media

How You Can Use It To Grow Your Business

And then as we move into those, as we move into, as I moved more into the podcast and the marketing Academy, I’ll be breaking down each one. I’m so. In 2013, I just happened to learn about streaming media because I went to a film festival here in Metro Atlanta, and there were film makers who were there, who were trying to sell their, their films to distributors.

You won’t see any money from that for about 15 years. And I’m sensing, I’m setting up. Then I’m thinking that he’s just saying 15, they say 15 years. Like really. And I said to myself, Oh my God, and people were running to make sure they put their DVD in this guy’s hand. I’m thinking, oh my God, he is raping them.

So, of course I had to raise my hand. I was like, I forgot the question. I asked her what he said to me was, you know, the reason I say that is because we have to take you all the marketing and packaging and all that stuff. And I said, I was like, okay, in my mind, I was thinking. That’s cool. And I get that’s what you have to do, but you could at least give them a 10 cent royalty, if not 5 cent.

He told them nothing for 15 years. Now I know in the world of distribution, it doesn’t really work like that. It doesn’t have, let me say it doesn’t have to work like that because I knew that there are platforms like Amazon, that you could put your stuff on. I have a, I have a crappy. DVD on Amazon that I did in 2008 called rise.

The entrepreneurs journey. That’s the name of it? It’s crappy because I didn’t know what I was doing, but I just wanted to tell my story about this whole called entrepreneurship from my perspective. So I had a, a film follow me around for like three days and videotaped me talking about different parts of my life and how I got to where I was.

And I put it on Amazon. I put my video on Amazon. And to this day I get at least three or four sales a year from that. And it’s crappy. I ain’t gonna even lie because I didn’t know what I was doing. Here’s the thing I knew that you could put your stuff on, you know, on Amazon and Barnes and noble, all these other distribution platforms and make money because my crappy video was selling at that time for $27.

And so I’m like, wait a minute now. So these guys weren’t getting anything for 15 years. I knew that was, that was robbery. And so I, you know, I was charged at that moment from God late, you need to come up with a solution for this. You need to help people. That’s how I got into streaming media, because I started doing my homework about how can I help filmmakers get their content out there?

Now that was 2013. Amazon jumped into the game, April, 2014. It was like, you know what? We can let Roku have it. All right. So we need to get in this game too. So Amazon is dumped in there and it was Amazon prime. Right. And they also have fire TV. And I was like, okay, now how do I get on Amazon? After doing my research I learned how to get on Netflix.

So, now HerTube is on Amazon and Roku. For those of you not familiar with Roku, Roku is a streaming media device. It’s a little, either a set top box or the innocent little it’s about that big square, about that big or Dumbo that you just, um, famous.

They kind of like Amazon, you just stick it inside your ear. As long as you got internet, you can watch pretty much anything in the world. It’s crazy. That’s why I love it so much. Um, so that’s how her too was launched. But fast forward to today, 2020, I’m wanting to, I just launched a brand new TV network called noise media TV, um, noise, CB network.

So every morning at 10:00 AM, Monday through Thursday, people will be able to come on. And now, I don’t know if you want to watch me live four days a week, but you will be able to watch me give the news about what’s going on in and around Gwinnett County live stream direct directly to my website. Now that’s a lot of time.

You can, you stream directly to your website, but you can. So I’m using a couple of different things to make that happen. And I’ll be talking about that later on, as I talk about streaming media and the different platforms. So you see there are opportunities for you to expand your brand, not just locally, but globally.

However you want to start in your own backyard. First start locally. And kind of build your way up to global right now because of the internet being where it is. You can go no global in a matter of minutes, really? You can’t, if you get into the Amazon bookstore and your book is in Japan and some other places, you’re instantly global you’re international author.

That is a good thing, but here’s the thing, even though my show talks about local, it is a global and over 130 countries. So that’s the power of streaming media. Now we’re about the up and I’m up into the national cause now good morning with that impact marketing is going to be on Apple TV, Roku, fire TV, Android TV, and mobile apps.

So, these are the opportunities that you’re going to, you’re going to have, cause you I’m going to teach you about them. And every episode of the show, we’re going to learn about something and the spaces that I’m talking about right now, a lot of people even know they could be on TV. Now here’s the other thing, a lot of people, when you say video, the first thing pops into their mind is.

Well, YouTube, absolutely not knocking you to, because there are a billion people on YouTube, but there are also other platforms that could give you more reach. And let me give you a prime example of that. My Roku channel, they’re a probably now, because it’s been seven years. It’s probably about. I’m going to say 20,000 channels on Roku.

That’s nothing compared to Amazon. There are a billion, a billion with a B right on, on Roku. There are only about him saying 20,000. When I started, it was about 4,000 channels in 2013 to about, about 2000 channels on Roku, which means easier for me to get found because there are 65 million subscribers. To Netflix and real cool.

And I know all these things, and I think who was at that point, at that time, Roku was a front runner streaming media space, which means that they had 35 million devices sold to, so that means, uh, 35 million households would probably two or three different people watching the platform, right. That gave you a better opportunity to be found.

And it still does because it’s not so crowded. And so on my HerTube TV network, I have almost a hundred thousand subscribers. Yes guys. Yes. Yes. And if they were looking for something and they found me right. When I think about noise TV network and. All of the great content we’re going to have there because this kind of this network is more about business and empowerment too, was more about women doing women, things, you know, eating right, eating healthy business.

It was a little bit of hotspots of everything, everything, women. This one is going to be more business and empowerment focused. Um, news focused. Right. So I have another podcast that I’m launching in a couple of weeks is called global conversations. And then that’s pretty much talking about business technology politics around the world, not just here in the United States, but around the world.

So. That’s why these platforms are so important because all of that content is not only going to be in podcast form. It’s also going to be in a TV format as well. All is for streaming media guys, all his history media. And so I’m letting me break it down. Each one of those platforms, as we move along throughout this process of learning attorney, what I know about how to market your business in a very, very, very impactful way.

Right. What almost no money out of pocket. I said almost cause there’s a little bit of investment in some of the things I’m going to talk about, but it’s not a lie. Literally you gave up coffee and cigarettes about a week or a month. You could get some of that stuff done truly, truly. So thank you again for listening.

I’ll be back in another episode. In the next episode, we’re going to talk about podcasting and artificial intelligence. Don’t you just love it, but it’s the state us stay safe and that’s the next time. Make it a great day. Bye y’all. 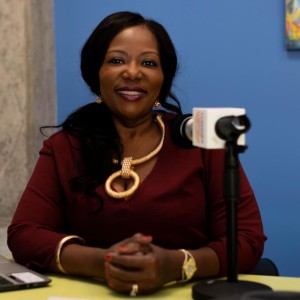 Be Inspired To Start Your Own Podcast